One of the events that more and more people are participating in the last few years is a gender reveal party. The surprise that a couple is pregnant is no longer enough and now hiding what you are actually having is the next step. The party’s are often set off so that each member that is coming claims their stake as team pink or team blue. There is one confidant that usually has the knowledge and will create some fun and creative way to show the gender. This can be cutting into a cake, hitting a bag with colored powder and balloons being released into the air. The party will usually start off with some fun and games and the taunting of one team to the other. You also want to make sure that the food that you serve at this event will make the day or night one to remember. The food is often a major talking point and the best thing you can do is to have your gender reveal party catered. There are some tips on catering a gender reveal party that you can use. Married To Food Catering with Chef Marcel & Jeannie outlines tips on catering a gender reveal party.

One of the things you want to do is to have foods that people can grab and go with. Most of the time the party is a large group of friends and family that are mingling and moving around to enjoy everyone’s company. The problem is when you serve dishes that require a plate and utensils that they have to sit down with. This will cause the party to slow down and the guests are not as comfortable mingling around the space. The finger foods can be a great way to give everyone some beautiful and delicious bites that will fill them up and create the movement in the space you want. The finger food options can be more than you might think. You can a wide variety of options that fit all kinds of foods and diet restrictions that your guests might need.

When you have a party and you want to have it catered you should think about the layout of the space. The party is there to be fun and enjoyable. One of the issues that you might have when you cater is that the line to get food can get long and full of people. The best thing you can do is to have more than one space that has the food presented. You can have several areas that are set up with identical foods so that guests can enjoy food from several spots.

Not Using Pink & Blue at a Gender Reveal

When it comes to a gender reveal party it seems that the party planner has made every single thing a battle between blue and pink. This is a fun way to create the space but don’t let it bleed into your foods. It is best to let your food be the star and not hinder what is served by the color of the dish.

Married To Food Catering with Chef Marcel & Jeannie can make sure that your gender reveal party has the best food. Call us today! 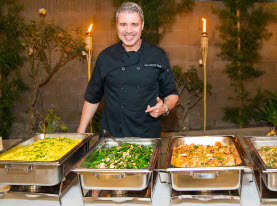 Catering for All Occasions 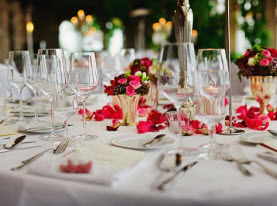 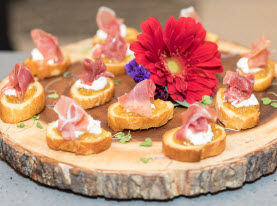 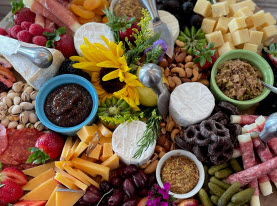